Above: An early DaimlerChrysler photo of a Dodge Dakota R/T. Note some of the things missing including no fender flare’s, No 17 inch wheels & tires, No R/T badging on tailgate and regular suspension. 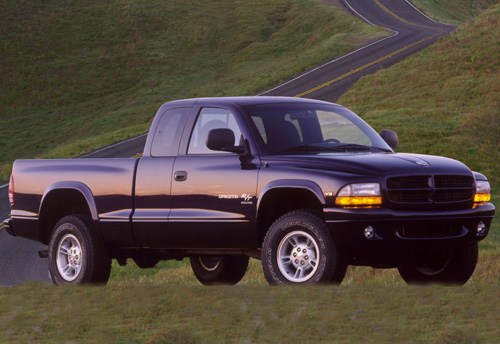 Above: Yes it is a Dodge Dakota R/T, this DaimlerChrysler photo was released to the public in late 1997. The Dakota R/T 4×4 was only powered by a 318. It did not go into production in the U.S.. Wonder what happen to this one? It just may be the rarest of all Dakota R/T’s. 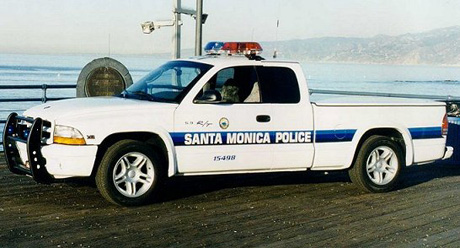 Above: How would you like to have this thing after you? This Dodge Dakota R/T was used by the City of Santa Monica, California.